An underwater source of hydrocarbons is detected in the Persian Gulf

When analyzing results of oil spill monitoring in the Persian Gulf with synthetic aperture radars (SAR) carried out in 2017-2018, oil slicks related to natural seepage, were found.

Fig. 1 shows the place of the seep activity determined by the characteristic spatial-temporal grouping of oil slicks on the sea surface. It is located in the southern part of the Gulf, 26 km west of Isl. Sir Abu Nu’ayr (belongs to the Emirate of Sharjah) and 89 km off the coast of the Abu Dhabi (UAE). Oil seep slicks for the first time were detected on Sentinel-1A SAR image acquired in February 2017, and then on subsequent SAR images. Moreover, they were observed on virtually every SAR image at a wind not exceeding 8 m/s (Fig. 2). 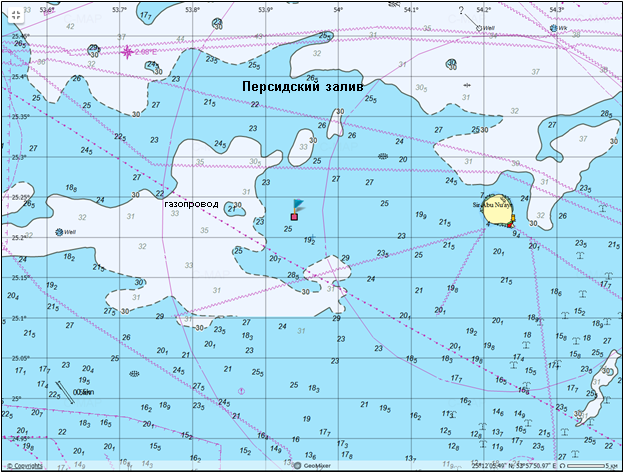 Based on analysis of the slick distribution on multi-temporal SAR images acquired in 2017-2019 in the web-GIS GeoMixer application and their appearance in the same place (Fig. 3, 4), it was concluded that there is a group of underwater sources of hydrocarbons (cold seeps) and their position was determined. They creating a characteristic fan-like structure (Fig. 3) were grouped around a point with coordinates of 25°13'35 '' N and 53°56'20" E in the shallow part of the Gulf at a depth of about 25 m (Fig. 1). The oil slicks had lengths from 0.5 to 23 km, while their area varied from 0.5 to 38 m2 depending on wind and surface currents. 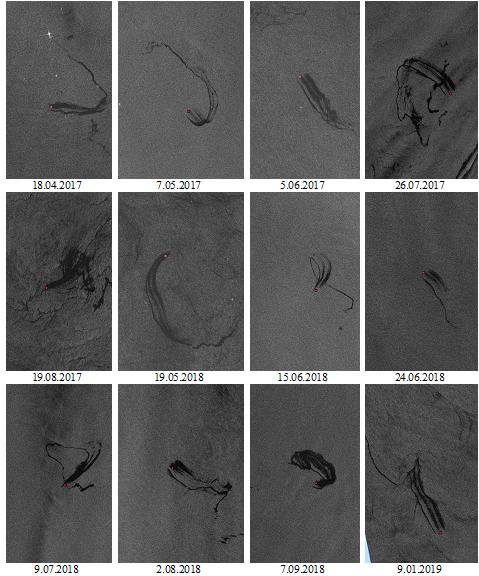 Further joint analysis of SAR images and nautical charts with data on bathymetry and infrastructure of the oil and gas complex also confirmed that the oil manifestations observed on the sea surface in this area may be due to the oil migration in the sedimentary complex of the Persian Gulf, as it occurs in other places of the World Ocean. Isl. Sir Abu Nu’ayr himself is a salt structure formed as a result of the intrusion of halite in the Late Neoproterozoic and Early Cambrian. Rock salts having penetrated into the younger overlying layers, gradually reached the sea surface and formed a salt dome, which was weathered over time. From a geological point of view, discovered source of hydrocarbons appears to have a similar nature, i.e., it is some kind of oil traps, the occurrence conditions of which provide the possibility of accumulation of liquid hydrocarbons. Moreover, the analysis of the underwater structure of oil and gas infrastructure near the detection site shows that there are no abandoned wells nearby, and the underwater gas pipeline runs 5.5 km to the south-west that excludes man-made nature of oil manifestations. 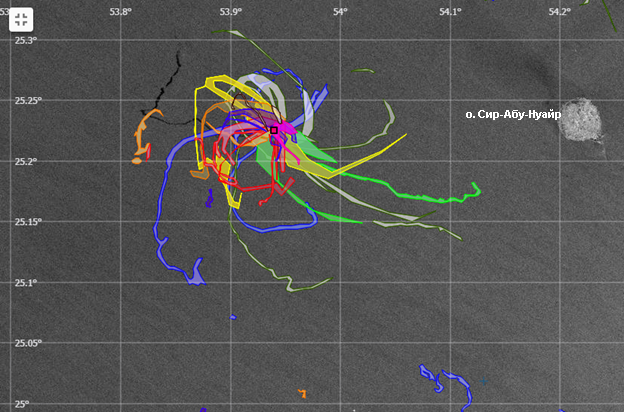 − Perhaps this natural source of hydrocarbons was discovered for the first time, since there are no references in the available literature. In addition, the oil pollution degree of the Persian Gulf is quite high, oil patches in the form of ship-made spills and leaks from platforms significantly hamper the detection of seepage manifestations. The discovery of a source of hydrocarbons in the Persian Gulf using SAR imagery once again confirms the effectiveness of the geoinformation approach implemented in the GeoMixer application. In order to clarify all the details study of this seep will continue. − Andrei Ivanov, expert of SCANEX Group, leading researcher of Shirshov Institute of Oceanology, says. 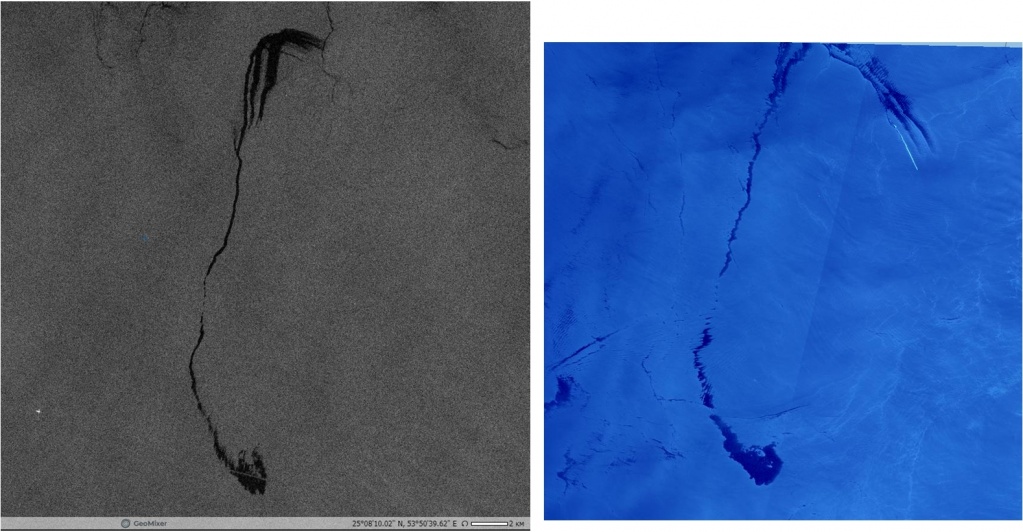 Satellite monitoring of oil pollution in the Persian Gulf. 29/01/2018

Thanks!
Your application is accepted

Manager "ScanEx" will contact you within one business day